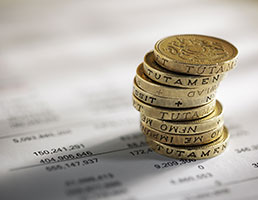 The Financial Reporting Council is to open an investigation into the financial statements for Mitie Group plc for the year ended 31 March 2016.

The investigation is into members (i.e. persons who are regulated by the FRC, including inter alia members of the Institute of Chartered Accountants in England and Wales), and not Mitie itself.

A statement from Mitie said: "We can confirm that this investigation is not into Mitie itself and that Mitie is not the subject of any new FRC investigation.

"We can further confirm that the investigation does not relate to any current directors of Mitie, any former non-executive directors of Mitie or Sandip Mahajan (who recently stepped down from his role as group CFO)."

Yesterday the group reported that revenue had risen but overall operating profit dropped to £14.8 million to £23.9 million - a decrease of 38.1 per cent.

In June, Mitie's property management business was awarded a new contract - the largest since 2012 - with Home Group, a provider of affordable housing.

In July, Mitie announced the disposal of the group's UK social care division, consisting of homecare businesses Enara Group and Complete Care Holdings, for a cash consideration of £2.

In December 2016 Ruby McGregor-Smith stepped down as chief executive, and Phil Bentley was appointed to succeed her in the role.

Shortly afterwards in January 2017, Mitie issued its third profit warning and faced an investigation by the Financial Conduct Authority in August.