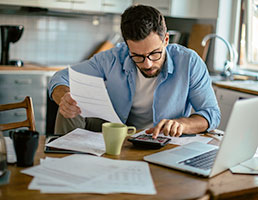 Major occupiers could be set to house nearly a third of their workers in flexible office space in coming years, according to speakers at the Commercial Real Estate Finance Council (CREFC) Europe conference last week.

David Marks, Brockton Capital's co-founder, told attendees: "In our view, co-working is decidedly not a trend, but just a new way of occupying space."

Brockton has a joint venture with Landid to develop creative office space. In June, it sold the former Coca-Cola headquarters in One Queen Caroline Street, Hammersmith following a £14 million refurbishment.

According to Marks, millennials will soon make up most of the workforce and just as attitudes to work have changed, the rise of the gig economy is having a dramatic effect on the tenure, design and servicing of office space that firms need. Some people are cautious about the shift towards co-working as it removes the income certainty attached to a traditional 10 or 15-year lease. However, lease lengths in Europe have been historically shorter than in Britain, where accounting reform, combined with market disruption, is expected to shorten them further.

"We are bullish on the co-working market as a result of the secular shifts in the workplace", added Marks.

In the US half of all leases tracked by MSCI are set to expire within five years. And after hitting a high two years ago, they are now getting shorter in Britain too.

Fiona D'Silva, head of origination at Kennedy Wilson Europe, told the conference: "Occupiers are looking for different type of space - what we're creating for them is more co-working and breakout space within conventional offices.

"As we have seen in multifamily developments across North America, engaging modern tenants is about creating an eco-system around them through apps and via tenant amenities and a sense of community."

Many corporate occupiers recognise the degree to which they are underusing buildings, with desks, meeting rooms and breakout spaces vacant for more than half of the time. New technology could have major impact in the increasing use of buildings, making them work a lot harder from both a use and energy efficiency perspective.

Madeleine McDougall, global head of commercial real estate at Lloyds Banking Group, said:  "Sustainability is a key area for us. Many borrowers don't measure the energy they use and the majority of companies cannot pinpoint their energy output and carbon intensity. Reducing such costs allows you to drive tenant demand, enhance value and reduce obsolescence risk."

About 40 per cent of energy is used in the built environment with a third of all carbon emissions emanating from it. Lloyds says it offers discounted finance to help occupiers upgrade buildings to save energy.