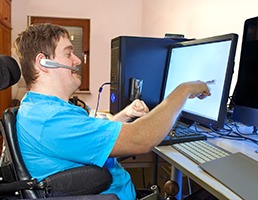 The UK Government is "missing a trick" with £243bn worth of public sector spending, claims a new report launched by former MP and author of the Public Services (Social Value) Act 2012 Chris White, and Social Enterprise UK.

Our Money, our Future makes 5 recommendations which would ensure that taxpayers receive value for money.

The Social Value Act came into force in 2013. It requires people who commission public services to securing wider social, economic and environmental benefits from the money that they spend in certain, limited circumstances.

Chris White said: "The Government is missing a trick if it does not extend the Social Value Act. The Act currently 'shapes' around £25bn of public sector spending, meaning that we as taxpayers are getting more young people into apprenticeships and more people with disabilities into employment, as well as delivering significant cost savings.

Strengthening the Social Value Act is now supported by a wide variety of organisations spanning the private, public, and voluntary sector, and from the left and right of politics including: The Centre for Social Justice (CSJ), Power to Change, The House of Lords Select Committee on the Future of Charities, HCT Group, The Society of Conservative Lawyers, The Society of Labour Lawyers, the Liberal Democrats and the Cooperative Party.

The Act needs to be extended to all public spending, and also to decision making.

The Act needs to be strengthened requiring commissioners to "account for" not just "consider" social value.

Social value needs to be included in devolution deals.

These changes need to be supported by clearer statutory guidance by central government.

A biennial State of Social Value Audit conducted independently but with the support of the Government.

The report can be downloaded here: