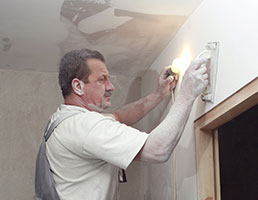 Measures to control employee exposure to the second biggest cancer-causing agent found in the world's workplaces have been introduced by a cross-sector of organisations.

After signing a commitment to tackle the cancer risk posed by respirable crystalline silica (RCS), organisations have removed or substituted materials that contain the deadly dust while others have introduced mechanisms to control what workers breathe in.

The 'Tackling respirable crystalline together: a cross-industry commitment' was joined by organisations from across industry including construction, rail and mineral products, as well as professional bodies, academics and unions.

It followed a roundtable discussion hosted by the Institution of Occupational Safety and Health (IOSH) as part of its No Time to Lose (NTTL) occupational cancer campaign in March 2016.

Lung cancer caused by silica dust exposure through work kills nearly 800 people a year in Britain - an average of 15 each week. In the European Union, it is estimated that there are about five million people exposed to silica dust in the workplace every year.

To help tackle this significant health issue, the commitment is aimed at achieving three principal objectives.

IOSH surveyed 36 pledge signatories to see what actions had been taken. Most respondents say IOSH's campaign resources had proved useful.

Talking about the responses, Shelley Frost, IOSH's director of strategic development, said: "It was encouraging to see a number of participants eliminating the risk by removing or substituting silica-containing materials and considering mechanisms for controlling dust at source. Over 70 per cent are also actively reviewing contractors' risk assessments for potential silica dust exposure and controls.

"This really illustrates how our No Time to Lose campaign is helping businesses drive change and prevent exposure to RCS."

Frost added: "Silica dust is definitely on the radar of big businesses, but there is more we need to do to reach SMEs and young workers. This will be the focus for the commitment going forward."