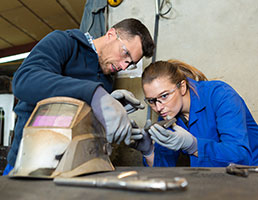 The Social Value Act is shaping £25 billion worth of public sector spend including delivering training and apprenticeships, says a report launched this morning by Social Enterprise UK.

It cites facilities management as one of the better sectors for good practice alongside construction and social care.

Yet it says the act is still only "scratching the surface of what is possible" and calls for the act to be extended to cover all public sector spending, which the organisation claims will generate "more than 10 times its current impact".

Lord Young's review of the act published in 2015 was, say the report's authors, "cautious" and now the government needed to be "bold".

In combination, these five measures will shift behaviours, change practice and create a transformation and step change in the way social value is thought of and used. More detailed and technical policy recommendations are included which go into each of these in more depth, and give ways in which they could be put into action.