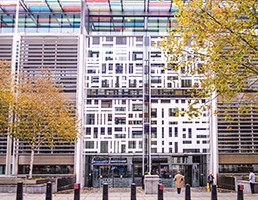 Mitie Care & Custody has agreed terms with the Home Office for a 10-year contract to provide immigration services.

The award, which is still subject to contract, is set to begin in May 2018 and has an estimated value of £525 million. Services provided include the escorting of immigration detainees, both within the UK and overseas, on removal flights to detainees' home countries. It also covers the management of a number of fixed facilities throughout the UK, including airport holding rooms, reporting centres and two short-term holding facilities.

Mitie already manages the Campsfield House and Heathrow Immigration Removal Centres (IRCs) on behalf of the Home Office. The company intends to use new IT systems in partnership with the Home Office to transform the way that immigration escorting services are delivered, modernising working and operational practices "to improve efficiency and de-risk removals".

Colin Dobell, MD of Mitie Care & Custody business, called the deal "a game-changing new contract we believe this will transform immigration escorting services for the Home Office, the people in our care, and also those that work for us."