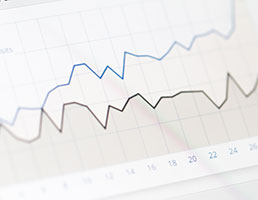 A review of the available accounts for 22 FM firms with operations in the UK reveals that the average (EBITDA) margins have remained stagnant at around 7 per cent during the past three years. In comparison, revenues grew at an average of 14 per cent from last year.

Tim Wainwright, industrial products sector leader at EY, said: "The facilities management sector has experienced low margins for some time, with no sign of picking up. As we look into 2018, the wider economic and geo-political environment will conspire, alongside competition and cost inflation, to pile the pressure on FM providers.

"Our analysis indicates that facilities management providers have not been able to take advantage of scale whilst growing and so we are likely to see new approaches to corporate strategy in the sector."

Although the FM sector is not as heavily dependent on material imports, compared with the construction sector, for example, the lower value of sterling following the EU referendum could make the UK market less attractive for a European Union labour force. The FM sector also employs a number of workers from the EU and changes to immigration policies resulting from Brexit could hit labour availability from EU countries.

A survey by the Social Market Foundation suggests that as many as 14 per cent of workers in accommodation and food services and 9 per cent in admin and support services were born in the European Economic Area (EEA). Depending on the terms of the UK's withdrawal from the EU, FM firms could face increased costs to hire labour.

Wainwright added: "The current uncertainty around labour rights is threatening to place an additional burden on a sector which is more reliant than others on EU labour. We expect the industry to be joining other labour-intensive industries for special visas or deals for EU workers in facilities management in order to mitigate this."

The introduction of the National Living Wage (NLW) in April 2016 resulted in a cost increase for FM companies because labour is a significant proportion of their overall cost structure.

Data from the Office of National Statistics shows that cleaning and hospitality were the two service sectors most affected by the National Living Wage prior to its introduction, with 41.9 per cent and 33.2 per cent of the workforce affected.

In addition, the FM sector, by its nature, is extremely fragmented owing to the variety of services offered such as security, building and grounds maintenance and cleaning. A high number of recent SMEs entrants, particularly focused on cleaning, has created even further pricing pressure.

Wainwright said: "Adapting to regulatory changes on labour including the NLW, apprenticeships levy and auto-enrolment will add additional pressure to the cost base of facilities providers.

"For an industry so fragmented and reliant on labour, new entrants will have a disproportionate impact on profit margins for FM firms."