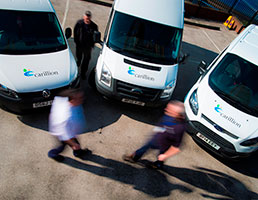 The Financial Conduct Authority has notified support services and construction group Carillion plc that it has begun an investigation in connection with the timeliness and content of announcements made by Carillion between 7 December 2016 and 10 July 2017.

Carillion is cooperating fully with the FCA, according to a London Stock Exchange announcement.

In a statement in December Carillion said it has now received all necessary consents and the deferral of its financial covenants has become effective.

As previously indicated, Carillion is in continuing constructive discussions with stakeholders regarding its options to reduce net debt and recapitalise and/or restructure the group's balance sheet.

According to the statement "these discussions are progressing well, and the board still expects to determine the approach and to commence steps to implement the chosen option during the first quarter of 2018".

Keith Cochrane, Carillion's interim chief executive, said: "We believe that our lenders' decision to defer the test date demonstrates their continuing support. We remain focused on actively progressing a constructive dialogue with our financial stakeholders on the group's recapitalisation plans."

Carillion announced on 17 November 2017 that it had begun a process to seek the consents necessary to amend the relevant agreements to defer the test date for both its financial covenants from 31 December 2017 to 30 April 2018 (based on EBITDA for the 12 months to that date).

In November, shares in the construction and facilities services group sank by as much as 30 per cent as a result of a further profit warning and concerns that it was likely to breach its debt covenants.