Carillion: 'wholesale reform' of outsourcing likely to be necessary 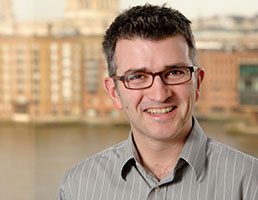 Despite being one of the biggest suppliers of outsourced services to the government, Carillion's status has plummeted from FTSE250 stalwart to liquidation in less than 12 months.

A 90 per cent plunge in its share price, accelerated by three profit warnings and increasing worries over its viability as a going concern left the company's reputation with shareholders at such a low ebb that they refused to back the bailout of the business despite its huge order book.

The company, which last year announced a restructuring plan and sale of assets in a bid to shore up its finances, was forced to hold emergency talks with shareholders and the government in January, but it failed to become the latest support services giant to avert a complete collapse of its business. By the time it went into liquidation, a debt pile of £900 million-plus accompanied by a pension deficit of £590m dwarfed its sub-£100m stock market valuation.

As we have seen from the previous woes at companies such as Serco, Interserve and Mitie, to name but a few, there are several themes that typically come out when outsourcers run into trouble and that offer potential warning signs when looking at other companies in the sector.

Carillion has long operated on similar lines to its peers, taking on debt as it ramps up projects in the expectation that long-term predictable income will offset its debt pile. This is all well and good when that income brings with it a decent margin. But if such margins are not safeguarded against rising costs, then the business model can begin to look precarious rather rapidly.

In Carillion's case, as with rivals such as Interserve, unprofitable contracts have had to be written down and, as with Mitie, unprofitable businesses can be sold off for a song as long as the buyers take the debt with them. But this can expose the skeleton of such businesses rather rapidly and often requires damaging surgical interventions such as cuts to shareholder dividends and debt for equity swaps, which doesn't play well with stock market investors.

Across the outsourcing sector this asset-light, debt-heavy business model worked for many years, but as costs have risen and clients, often austerity-racked public bodies, have proved unable or unwilling to yield on pricing the temptation to maintain momentum by chasing more business or using more aggressive accounting techniques has backed companies into dangerous positions which, when the situation unravels, lead to hefty write-downs against contracts.

Carillion is not the first - and will very likely not be the last - company in the sector to run into such problems. The industry as a whole as well as successive governments who have put so much faith in the model have to face up to the fact that wholesale reform of the way outsourcing is carried out is likely to be necessary in the not-too-distant future.