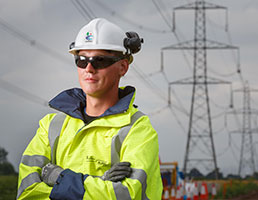 The news comes in the aftermath of construction and support services company Carillion's collapse.

David Lidington MP, Minister for the Cabinet told Parliament yesterday that during the 48-hour period "the government will sustain the official receiver to give time for the private sector counter-parties to Carillion to decide whether they want to accept termination of those contracts or to pay for the ongoing costs. That is a reasonable gesture towards private sector employees".

He added: "As for those who have been employed by the Carillion group to deliver public service contracts, the government are continuing to pay their wages for the services delivered - those payments are being made through the official receiver instead of through Carillion. That money, of course, is budgeted for by various departments, local authorities and NHS trusts."

Labour leader Jeremy Corbyn, called the collapse of the company "a watershed moment".

He said: "It is time to put an end to the rip-off privatisation policies that have done serious damage to our public services and fleeced the public of billions of pounds Across the public sector the outsourced first dogma has wreaked havoc. Often it is the same companies that have gone from service to service, creaming off profits and failing to deliver the quality of service people deserve."

Speaking on BBC's Newsnight, Ann Nichol of Build UK, said: "Overly complicated contracts made it impossible to price properly or too few firms and government were reliant on too few big names."

Stella Creasy, the Labour and Co-operative MP for Walthamstow, said "outsourcing has gone up 125 per cent under this government".

Meanwhile, the Building Engineering Services Association (BESA) and the electrotechnical and engineering services trade body ECA said the liquidation could lead to "potentially catastrophic losses for thousands of SMEs".

In a statement the bodies said that according to its latest set of accounts, Carillion was holding over £800 million in retentions payments owed to sub-contractors.

"There is growing alarm that much of this money will be lost, leaving many more firms at risk of financial collapse."

Separately, facilities management recruiters like Birkenhaus, which is owned by Apollo Group, is reaching out to those affected, offering vacancies.