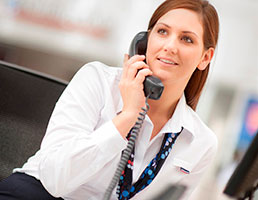 The Independent Workers' Union of Great Britain (IWGB) says the Central Arbitration Committee's (CAC) decision to dismiss its application against the University of London that could have broadened the trade union rights of outsourced workers, was "reviewable".

Dr Jason Moyer-Lee, the union's general secretary, said he was "quite surprised" at the committee's decision to not grant a hearing to the union's case, but said the union was consulting its lawyers.

The IWGB is arguing that outsourced workers - including receptionists, security officers and porters - working at the University of London but technically employed through FM company Cordant Security - have the right to collectively bargain over pay and conditions directly with the university.

Denying these workers the right to collectively bargain with their de facto employer is a breach of article 11 of the European Convention on Human Rights, it maintains.

But the committee, which is a tribunal non-departmental public body sponsored by the Department for Business, Energy & Industrial Strategy, issued a document on 10th January saying it had decided that "the union's application to the CAC is not admissible".

It stated: "The panel carefully considered whether we should afford the union the opportunity to pursue these points at an oral hearing, but we could not justify putting the employer to the associated costs when such an argument has no reasonable prospect of success. Parties in applications to the CAC are not entitled to oral hearings as of right. In this case the facts are not disputed and the law is clear."

In a statement, Cordant says it "welcomes the decision of the Central Arbitration Committee in finding that a valid union recognition was already in place covering the staff we employ to provide services at the University of London. We also welcome the CAC's decision to dismiss the IWGB's application for statutory recognition against our client the University of London in relation to our staff, closing the door on a potential landmark ruling that could have seen unions seek joint statutory recognition with any organisation that delivers services, and all their customers".

The CAC's decision letter can be read here.