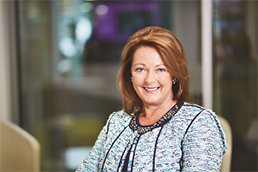 Interserve upbeat about future ahead of full-year results

The Cabinet Office has said that support services firm Interserve's position is not "comparable" to Carillion's despite the former's share price drop this week.

"Ministers are very worried about Interserve, but the team is small and low-key as they are not wanting to unsettle," one official told the Financial Times, while another said there is "no comparison" with its collapsed rival.

Earlier in the week, in response to Carillion's liquidation, an Interserve spokesman said the company "has very limited direct exposure to Carillion as a customer or partner" but that it continued "to monitor the situation closely".

Interserve's shares, which had earlier this week had recovered more than 80 per cent from a decline in December, fell more than 11 per cent in early trade on Wednesday but had rebounded a little to 115.75p by 0830 GMT, a fall of just over 4 per cent.

In a trading update issued this month the group "anticipates that net debt at year-end 2017 will be circa £513 million, reflecting the significant outflow in the year relating to energy from waste, a normalisation of trading terms with our supply chain and exceptional costs. Whilst we anticipate that future cash flows from energy from waste will be broadly neutral, we expect net debt to peak in the first half of FY18".

At the time, Debbie White, Interserve's chief executive, said: "The new management team, and the board, have been working to stabilise the business and provide a sound foundation to continue to serve our customers effectively, underpin our future growth and to restore shareholder value."

In October 2017, in a update on current trading Interserve reported that it had seen a slowdown on its energy and waste contracts. This followed the company's previous bulletin on 14th September, which showed its trading had seen a slow-down in the third quarter from that reported in the first half.

In December 2017 it announced that its managing director of support services divisions, Bruce Melizan, was stepping down.