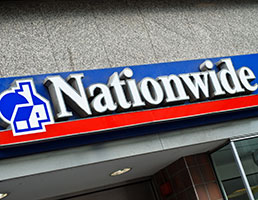 Carillion gets on side with Nationwide in £350m deal

Carillion wins with Nationwide and Virgin

The Nationwide Building Society has moved more than 2,000 employees in-house after its £350 million facilities management contract with Carillion ended after the firm's collapse.

A Nationwide spokeswoman confirmed to FM World that the bank would be bringing all services provided by Carillion in-house including work performed by workers in a range of roles such as cleaning, maintenance and waste management.

She said: "Our contractors perform a vital and valued role for the society. During an unsettling time for Carillion employees we felt it was important to provide them with some reassurances."

The spokeswoman added: "This will provide clarity for those affected and ensure that services are maintained.

"As part of the wider supply chain arrangements we will also now look to deal directly with third-party suppliers that currently support the Carillion contract."

About 250 Carillion employees currently work at Nationwide and will now be employed directly.

Carillion was awarded the seven-year contract in October 2016 to provide a wide range of hard and soft facilities management and workplace services for Nationwide's headquarters in Swindon, its 15 corporate offices, critical data centres, and 700 retail branches throughout the UK.

The deal had built on an existing partnership of nearly nine years during which Carillion had been providing facilities management services for Nationwide.

 Separately, Lloyds Banking Group has announced a £50 million package of support to its small business customers, as part of a range of emergency measures for those businesses within Carillion's supply chain that are now in financial difficulty.

The fund is now open and existing small business customers can apply through their usual relationship contacts.

It will provide customers, subject to credit approval, with arrangement fee-free overdrafts and, for the most severely affected customers, with capital repayment holidays on loans for an initial six-month period, to help with cash flow shortages caused by the liquidation.