Catering firm CEO to chair Women of the Year committee 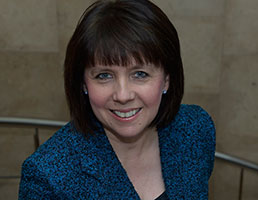 The management committee for the Women of the Year competition is to be chaired by Catherine Roe, chief executive of catering company Elior UK.

Women of the Year, which champions women's achievements, has run for more than 60 years since its founding in 1955.

Roe will be joined by ITV News anchor Julie Etchingham - who is to serve as president. Roe and Etchingham take over from Jane Luca (director of public affairs at ITV) and Sandi Toksvig (TV presenter) respectively.

Catherine Roe said she was "honoured to take on the role.

"Celebrating the achievements of women from all walks of life is something which is hugely important to me - particularly in providing role models for young women, who should accept no limits and see that everything and anything is possible."