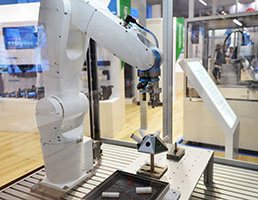 Automation and globalisation will boost jobs in British cities over the coming decades, but will also deepen economic and political divisions across the country - with Northern and Midlands cities more exposed to job losses than cities in the South, according to a report by think tank Centre for Cities.

Cities Outlook 2018 is the centre's annual health check on UK city economies, and focuses this year on the potential impact of automation and globalisation in driving both jobs growth and job losses in British cities.

First, it reveals that one in five existing jobs in British cities are likely to be displaced by 2030 as a result of automation and globalisation - amounting to 3.6 million jobs in total - with retail occupations, customer service roles and warehouse jobs among those most at threat.

Moreover, the report raises concerns that automation and globalisation will magnify the political dissatisfaction and divisions highlighted by the outcome of the EU referendum in 2016 - and many cities most at risk of losing jobs were also among those which voted most strongly for Brexit.

Mansfield in Nottinghamshire, for example, is home to the highest share of jobs likely to decline of any UK city; it also had the largest proportion of residents who voted to leave the EU.

In contrast, the cities with the lowest shares of jobs at risk are predominantly affluent places in the south of England that voted to remain.

Andrew Carter, chief executive of Centre for Cities, said automation and globalisation "will bring huge opportunities to increase prosperity and jobs, but there is also a real risk that many people and places will lose out" and "the time to act is now".

He said: "That means reforming the education system to give young people the cognitive and interpersonal skills they need to thrive in the future, and improving school standards, especially in places where jobs are most at risk. We also need greater investment in lifelong learning and technical education to help adults adapt to the changing labour market, and better retraining for people who lose their jobs because of these changes."