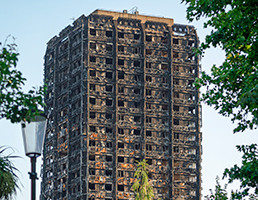 The Building Research Establishment (BRE) said it has withdrawn the safety test results for the insulation used on Grenfell Tower after the maker identified anomalies in the design-testing process.

Celotex, which supplied the insulation for Grenfell Tower, which suffered a horrifying fire that claimed dozens of lives last summer, told the BRE that it had reviewed its processes and test data from a cladding test carried out at BRE in 2014 and had "identified anomalies between their design specification for the cladding system to be tested and the actual cladding system they installed to be tested".

BRE said it is "our understanding that the test system was not constructed according to Celotex's design specification and as such, the test results have been withdrawn".

The cladding system in that test included Celotex RS5000 and fibre cement board rainscreen (declared reaction to fire classification A2) - this was not an Aluminium Composite Material (ACM), nor was it the cladding system on Grenfell Tower.

BRE does not design, select or install the test system, nor is it involved in the sample selection process. The onus for that is strictly with the company for whom the test is being conducted.

BRE's role is to conduct the fire test against the requirements of the British Standards Institute BS8414 test methodology.

BRE concluded: "We were alerted to the discrepancy this week by the Celotex management team who said they had launched their own internal review."