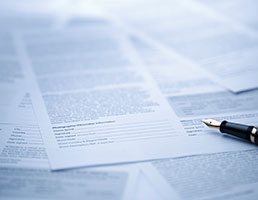 The UK FTSE support services sector issued 42 profit warnings - the most of any sector - in 2017, according to EY's latest Profit Warnings report.

Contract delays and uncertainties continued to loom large in 2017, with 40 per cent of support services companies citing delays or cancellations.

In December, an EY analysis of 22 FM firms with operations in the UK revealed that the average (EBITDA) margin has remained stagnant at around 7 per cent during the past three years. In comparison, revenues grew at an average of 14 per cent from last year.

Tim Wainwright, EY head of industrial products, said: "The support services sector will continue to remain in the spotlight in 2018, with public sector contracts in particular under scrutiny.

"The ongoing squeeze on margins will force firms to embrace innovation and to take radical new approaches to corporate strategy in the sector."

Alan Hudson, EY's head of restructuring for UK & Ireland, said: "An increase in restructurings and profit warnings reflects the pressure building across a significant portion of the UK economy. Companies that issue profit warnings are now under greater scrutiny and investors are reacting with less patience, especially in sectors where shareholders view warnings as a sign of deeper issues rather than a one-off event."

"In 2018, inflationary pressures may ease, but new challenges are emerging and some existing concerns - most notably Brexit - will come to a head. There are still many opportunities to capture growth, but the cumulative impact of rising costs, slowing growth and increasing competition will continue to expose weaknesses in any company struggling to get a handle on this changing economy."