Servest takes to the water for Scottish Canals deal 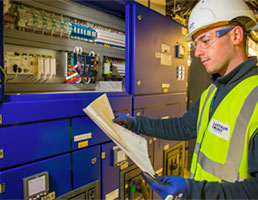 Global service provider Servest has won the contract to support the Scottish Canals in managing the country's inland waterways.

Under the three-year contract, which went live at the end of 2017, Servest is looking after maintenance and mechanical and electrical works across 120 buildings, including the administrative and forecourt properties.

This vast collection of spaces, which contain some iconic monuments, sees more than 22 million visitors annually.

The Forth & Clyde, Union and Monkland canals in the Lowlands, the Crinan Canal in Argyll and the Caledonian Canal in the Highlands together extend over 137 miles from coast to coast, across country and into the cities of Edinburgh, Glasgow and Inverness.

Servest, which operates across the UK, has been keen to grow its customer base in Scotland since it acquired established Glasgow-based building services firm Arthur McKay in 2016.

As well as the waterways themselves, the Scottish Canals portfolio is made up of more than 200 bridges, buildings and locks, the Falkirk Wheel, The Kelpies, and 19 water supply reservoirs across Scotland.

The reservoirs cover an area equivalent to 7,494 football pitches and supply the canals with the 332 million litres of water, which flow through them each day. Formerly a division of British Waterways, it became a standalone public body of the Scottish Government in July 2012.

Scottish Canals is the public corporation of the Scottish Government responsible for managing the country's inland waterways.