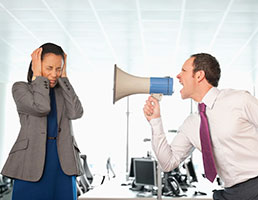 The noise and distraction of open-plan workplaces are preventing employees from focusing on individual tasks requiring high levels of concentration and minimum disruption.

The findings come as part of Unispace's research of more than 11,000 workers in an international study of working practices and workplace design.

According to the global design firm's research, the issue of noise has actually become much worse over the past 12 months, with more workers complaining compared with the same research conducted in 2016.

Survey respondents flagged noise (15 per cent) as the primary cause of inefficiency during the working week, a number that has risen by 4 per cent in a year. Second to this was a lack of quiet areas (13 per cent), a lack of privacy (9 per cent), and 7 per cent felt that the temperature and air quality of their office was also a factor.

Simon Pole, Unispace's global director of design, said: "Our research shows that the vast majority of our time at work is based on the need to 'focus' - more than 60 per cent of the working day."

He added: "The workplace has changed radically in the last few years, but it may have gone too far now. Collaboration is obviously a central tenet of many modern spaces and in this environment, creating a fusion of ideas and socialisation is key. But for the majority of everyday business tasks, workers need space for focus, calm and solitude.

"Increased noise, a lack of privacy and quiet areas consistently show up as the top three employee complaints in open environments," continued Pole. "This is particularly problematic as most employees report that they engage in focus work more than any other work mode."

Unispace's study reveals that 60 per cent of the average working day is devoted to individual task-focused work, 25 per cent to collaboration, 7 per cent to socialising, and the same for learning.

Natasha Bonugli, Unispace regional principal, design, said: "Designers have to question why the sector is devoting so much space to collaboration when most of the working day is given over to tasks that require focus and concentration."

Open-plan offices are now the most popular type of workspace, with 31 per cent of the total number. Cubicle-style environments came in second at 18 per cent, and private offices at 13 per cent.

Participants in the research indicated that even routine tasks that require concentration, such as filing, creative work and training/learning take up more time during their day (10 per cent) than collaborative tasks such as group meetings, presentations and audio conferences. By comparison, small group meetings still only require just over 8 per cent of the total working day.

In professional services firms, focused activities made up 71 per cent of the working day in the US and 58 per cent in the UK. For technology firms, as much as 55 per cent of time was given over to focus-led tasks. Collaboration made up between 25 per cent and 29 per cent in both sectors.

The research highlights that people work in different ways based on their roles - some are flexible, some are highly mobile, others are more desk-oriented. Each requires a varied work mode: an environment supportive of their specific tasks and the time in which they have to achieve them.