Government has no clear tally of RHI scheme overpayments 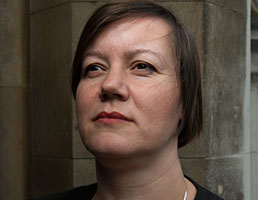 The government does not have a reliable estimate of overpayments to Renewable Heat Incentive (RHI) participants, warns its spending watchdog.

The National Audit Office yesterday released its report on the efficacy of the RHI and found that £1.4 billion had been paid out between November 2011 and August 2017.

The report found the Department for Business, Energy and Industrial Strategy had no reliable estimate of the amount overpaid to participants that have not complied with the regulations, nor those that had been playing the system.

The department can continue to pay new applicants until March 2021 when the budget runs out. By 2040-41, when the final payments are due, payouts would have reached £23 billion.

Meg Hillier, chair of the Public Accounts Committee, said: "The government faces a huge challenge in cutting harmful carbon emissions. The NAO report shows how the government has massively cut back its ambitions for this scheme, and that as a result it will have to work even harder elsewhere.

"But right now the government doesn't know how it is going to cut carbon from heating systems in millions of homes and businesses around the country. There is a limited amount of time to work with, so it needs to start making real progress now."