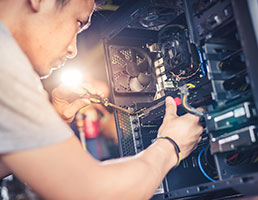 Eight in 10 (80 per cent) engineering services firms say turnover increased or remained steady during the final quarter of 2017, according to findings from the sector-wide Building Engineering Business Survey.

Looking ahead to the first quarter of 2018, 85 per cent businesses say they expect turnover to increase or remain the same. This expectation of growth is despite pre-Brexit uncertainty and the collapse of Carillion, which occurred one week before the survey was sent to respondents.

But many survey respondents reported that operational costs had risen, with almost two-thirds facing materials price rises (65 per cent), and 50 per cent facing labour cost increases. Underlining the continual problem of poor payment practice, over half of firms said they continue to be paid late on both commercial and public sector work.

Rob Driscoll, ECA director of business Paul Reeve and BESA Director of legal and commercial, said: "These figures show that the engineering services sector overall is in confident mood, even against a backdrop of commercial and political uncertainty and rising operational costs. However, the true effect of Carillion's insolvency on the supply chain is yet to come through."

SELECT head of membership and communications Alan Wilson and SNIPEF CEO Fiona Hodgson added: "SNIPEF and SELECT are keenly aware of the problems caused to SMEs as a result of poor payment practices and we have been lobbying the Scottish Government to make changes to ensure improved payment from public sector contracts as a starting point.

"We are also aware of some hefty increases being applied to the cost of materials and some suppliers have indicated impending rises of as much as 15 per cent, which will impact on all contractors."