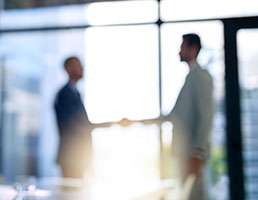 According to the BIFM's UK FM Business Confidence Monitor (BCM) 2018, confidence levels have dropped incrementally in the facilities management sector in successive reports.

One reason for this is that threats facing the FM market are being felt more acutely in 2018; a number of large FM service providers, for example, reported profit warnings in 2017.

When last year's report was released, Carillion stood as one of the FM sector's most prominent organisations, and while this year's survey was live the company went into liquidation.

Although in general confidence levels in the sector continue to drop, respondents remained positive about the FM business environment, despite this year's results demonstrating that as a country the UK continues to be in a state of flux because of Brexit.

Terry Myatt, director - head of facilities management, Barclays, said: "The next 12 months will undoubtedly be an important year for the UK economy, as new trading relationships with the EU and beyond are devised. With the facilities management sector continuing as an integral element of an ever-growing services sector and one of the largest UK employers, it will continue to play an important role in future jobs and prosperity for the country.

"It is therefore vital we use the BCM to understand in detail the health of the sector and the confidence and sentiment expressed by its key constituents, particularly at this time as our sector is firmly under the spotlight and attracting increasing attention."

Peter Brogan, BIFM head of research and insights, added: "Once again sentiment on future business activity for the year ahead is positive, with a majority expecting to increase turnover, increase capital investment and focus on technology, although on a reducing basis.

"A particularly important insight and a testament to the continuity of the BCM is the changing sentiment toward the Apprenticeship Levy, mirroring wider industry concerns about its structure and effectiveness, but it is particularly pleasing to learn that a large majority expect no real negative impact from the National Living Wage increase - a sure sign that the industry has planned well and engagement between service providers and users has been strong in advance of this regulatory change. I would strongly encourage FM leaders to familiarise themselves with our findings - they reveal key insights which could prove significant in prioritising for the year ahead."

The BCM has canvassed the views of business leaders and other professionals, enabling an assessment of the confidence, ambition and priorities of organisations operating in the market. A total of 297 people completed the online survey between 5 January 2018 and 7 February 2018.

Now in its fourth year, the BCM is carried out in partnership with Barclays and i-FM.