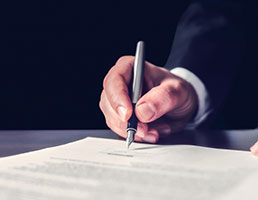 Interserve has issued a statement indicating that it has reached "a major step in securing a firm financial platform to underpin the group's future".

The firm had reported some financial precariousness at the time of Carillion's downfall, but the Cabinet Office said that its position was not "comparable" to Carillion's despite the former's share price drop at the time.

But now it has said that its discussions with lenders and other financial stakeholders have "continued to progress well, with agreement in principle on major commercial terms now reached".

These commercial terms remain subject to credit approval from all providers before the new facilities are finalised. In addition, the lenders have agreed to extend the covenant test deferral date and the maturities of the financing facilities agreed in December 2017 to 30 April 2018 to enable the successful execution of all documentation required for the refinancing.

Existing debt and private placement loan notes will be amended to be coterminous with the new facilities.

Debbie White, Interserve's chief executive, said: "[The] announcement is a significant milestone for Interserve and a major step in securing a firm financial platform to underpin the group's future.  We are encouraged by the support from our lenders in respect of these new facilities, which will allow the new management team to execute our business plan, focused on delivering a great service for customers, driving growth and restoring value."

Borrowings made under the incremental short-term facilities agreed in December 2017 and which now expire on 30 April 2018 (under which the company has drawn £45m of the revolving credit facility) will be repaid out of the new facilities, once these are in place. In total, this means that the company will have cash borrowing facilities of £834m immediately following the refinancing completion and through to September 2021, subject to certain step-downs in the new facilities over the period.

Pricing on both the new facilities, and the existing debt and bonding facilities have been renegotiated as part of the refinancing. It is anticipated that the total interest expense in 2018 will be approximately £56m, of which circa £34m will be cash interest. The increased cost of bonding instruments already issued will be circa £3.2m, of which the cash impact is less than £1m.

Additionally, as part of the proposed deal terms, the company anticipates that it will issue warrants to the providers of the new cash and bonding facilities to buy shares at 10 pence per share (the nominal price of each share). If exercised, this would provide the warrant holders with an interest of up to 20 per cent of the post-issue share capital.

The company said that as part of this process, it has engaged extensively with the trustee of the Interserve section of the Interserve pension scheme with respect to the new refinanced structure and their security protection. This has been agreed with them, subject to the finalisation of the required documentation.