One year on, one year to go, occupiers less concerned about Brexit 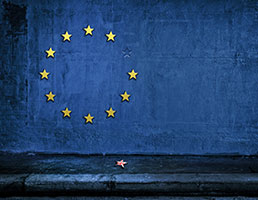 Corporate real estate occupiers are less concerned about Brexit than they were a year ago, according to the latest CBRE research survey of more than 100 major occupiers across Europe, most of whom have pan-European or global operations.

A year to the day on which Britain aims to exit from the EU, global real estate adviser CBRE has published an updated guide unpicking some of the key real estate impacts of Brexit.

Other anticipated implications include:

Economy: Brexit uncertainty will continue to dampen confidence and growth, and currency-induced inflation has not yet fully dissipated, slowing consumer spending. But the weak pound has attracted international real estate investors and tourists to the UK and boosted domestic exports, increasing demand for the office, prime retail, industrial and hotel sectors.

Trade access: Trade can happen without any agreement in many areas but costs would rise; the most exposed are highly regulated sectors that cannot trade at all without licences. The impact on financial services may present particular risks for central London. In the logistics sector, supply chains and warehousing may need to be reorganised.

Regulation: Although EU law will be imported into UK law at the point of exit, the UK Government is examining whether EU-derived law could be adjusted after the UK has left the EU. But in the short term, the need to get Brexit legislation through Parliament means there is little space for major real estate legislation (for example planning law or infrastructure projects).

Miles Gibson, head of UK research at CBRE, said: "2018 is crunch time for Brexit, and exiting the EU continues to be a long and complex process with many twists and turns. Our current view is that it is more likely than not that the UK will, in the end, secure an agreement with the EU and thus that a 'hard exit' will be avoided. Occupiers seem noticeably less concerned about Brexit now than a year ago. However we still expect 2018 to contain its fair share of surprises."

London (Greater)
Up to £47,276 per annum plus excellent benefits
Reference
59097
END_OF_DOCUMENT_TOKEN_TO_BE_REPLACED