Gender pay gap reporting: 'What gets measured gets changed' 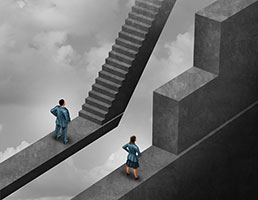 As tonight's Gender Pay Gap declaration deadline approached, Carolyn Fairbairn of the Confederation of Business Industry described the reporting as "an opportunity for businesses to drive change in their workplaces".

For the first time, she said, every larger firm would know the average pay difference between men and women in their company.

She added: "What gets measured gets changed - helping to develop more inclusive workplaces and support more women into senior roles.

"There's nothing more important for firms than attracting and retaining the best possible people. Companies want to close the gender pay gap. They have plenty of good practice to draw on - from great flexible working policies, to widening recruitment and engaging with schools to inspire young women into STEM subjects.

"It's important that the gender pay gap is not confused with unequal pay, which is already illegal.

"Firms have had plenty of warning and have no excuse for failing to submit their gender pay gap data accurately and on time. But businesses can't close the gap by themselves. Many of the causes of the gender pay gap lie outside the workplace, and will require a partnership between companies and government if we are to deliver long-term, lasting change."

In March, Minister for Women and Equalities Amber Rudd, announced a £1.5 million fund to support people back into work after time out caring. The fund will prioritise projects that focus on small and medium-sized enterprises, employers outside London, and projects that support returners at all skill levels. This is part of the government's wider strategy to develop the evidence base on what may help to close the gender pay gap.

London (Greater)
Up to £47,276 per annum plus excellent benefits
Reference
59097
END_OF_DOCUMENT_TOKEN_TO_BE_REPLACED