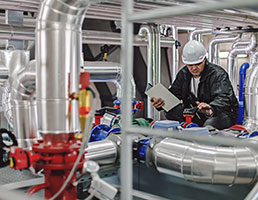 There has been a decline in the number of directly employed maintenance staff in the public sector, research has highlighted.

The Royal Institution of Chartered Surveyors (RICS) said its Building Cost Information Service (BCIS) has obtained data about the number of workers directly employed in the health and local authority sectors under information requests.

RICS said the figures suggested that there were now only 1,862 NHS maintenance staff employed under the nationally agreed Agenda for Change wage awards for engineers, craftsmen or labourers, as submitted by individual NHS organisations.

Surveys carried out by local government estimated that the number of craft workers had dropped from 12,000 to 4,000 between 2005 and 2017, according to the RICS.

However, it noted that there were no official statistics to validate the data, and that there may be other directly employed staff doing maintenance work not defined under the job descriptions.

The BCIS said it would review the inputs to its maintenance indices and forecasts following the research.