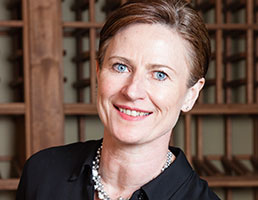 Nicky Moffat CBE is the first of three inspirational keynote speakers to be announced for the Facilities Show 2018.

Moffat, formerly the British Army's highest ranking female officer, will give a talk titled, 'What Good Leadership Looks Like'.

Moffat has more than 30 years' experience in leadership roles within the Army, joining as a second lieutenant, and rising quickly through the ranks of the Adjutant General's Corps to the rank of Brigadier. She has taken leading roles in administration, planning and training, including instructing officers in the art of leadership.

She moved to the Ministry of Defence, where as well as strategy, policy and finance roles, she worked as private secretary to then Secretary of State for Defence, Geoff Hoon.

Moffat is the first of three keynote speakers to be announced for The 2018 Inspirational Speaker Series, who will take centre stage at the Facilities Show Keynote Theatre.