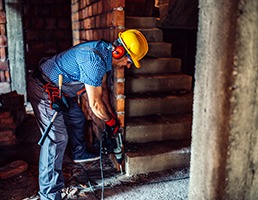 Suppliers will be excluded from major government contracts if they cannot show fair payment practices to subcontractors, under government proposals.

Other plans include allowing subcontractors to have greater access to buying authorities to report poor payment performance.

Under the measures suppliers will have to advertise subcontracting opportunities via the Contracts Finder website. They will have to show how businesses in their supply chain, including small businesses, are benefiting from supplying to central government.

Oliver Dowden, minister for implementation, said the government was committed to levelling the playing field for smaller suppliers to win work in the public sector.

"We have set a challenging aspiration that 33 per cent of procurement spend should be with small businesses by 2022 - and are doing more than ever to break down barriers for smaller firms."

Mike Cherry, national chairman of the Federation of Small Businesses, said it was right that the government had announced the measures.

"Companies who pay late should not be rewarded with public sector contracts. We need a robust public procurement process that holds larger companies to account for their payment practices."