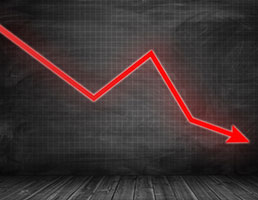 Support services firm Interserve has reported that its financial performance in 2017 was "extremely poor with headline profit falling to £52.4 million".

The financial report for the year ended 2017 says its Support Services UK delivered "a disappointing performance, largely due to the impact of regulatory changes, challenging contract mobilisations, excessive historical overheads and a cost base that has not been flexible enough".

Revenue was stable at £1.7 billion, reflecting good work winning and contract retentions but, as expected, operating profit was negatively affected by regulatory-driven costs including the National Minimum Living Wage increases (introduced in April 2016), the Apprenticeship Levy, increased IAS 19 pension service charges and changes to the application of holiday pay and travelling time on its large workforce.

Profits were specifically impacted by a number of large contract mobilisations, contract performance in the justice business and some underperforming accounts that are being remedied through 'Fit for Growth' - the three-year programme launched by the new management team in October 2017 focused on increasing the group's organisational efficiency, improving group-wide procurement processes and ensuring greater standardisation and simplification across the business.

Debbie White, Interserve's chief executive, said: "2017 was a difficult year for Interserve, but it was also a year of significant progress. As a new management team, we have stabilised the business and taken the first actions to establish a solid foundation from which we can both serve our customers effectively and underpin improved future operational and financial performance.

"This work has focused on refinancing, conducting a thorough assessment of the contract portfolio, and introducing new management disciplines, processes and cost controls under the 'Fit for Growth' programme. We are confident that the cost savings and management actions identified will contribute at least £40-50 million to group operating profit by 2020, with the 2018 benefit estimated to be £15 million.

"The refinancing we recently agreed with our lenders is a major step in securing a firm financial platform to underpin the group's future. Of course there is much still to do. However, we are encouraged by the support from our lenders and the new facilities will allow us to execute our business plan, focus on delivering a good service for customers, drive improved operational and financial performance."