EFMC: FM accounts for less than 10% of data centre TCO 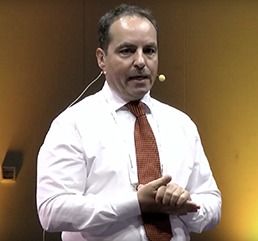 The total cost over a data centre's lifetime is 20 per cent Capex and 80 per cent Opex, with the latter comprising 70 per cent energy and 10 per cent facilities management.

These were the findings that Jürgen Bieser, head of data centre solutions at Apleona HSG, presented at the European Facility Management Conference conference in Sofia, Bulgaria.

Introduced by session host Matthew Tucker, chair of EuroFM's Research Network Group, as the only presenter from the "dark side", Bieser was the sole representative of the private sector amid a line-up of academics, although he had recently completed his master's thesis in Cork, Ireland, and is currently working on his PhD.

His presentation was based on his master's thesis and aimed to investigate the role of facilities maintenance as the dominant influence on total cost of ownership (TCO) over the life cycle of a data centre.

Apleona conducted the case study by collecting data from a mixture of five corporate clients operating in IT, retail, automotive, banking and insurance.

The study considered a time span of 10 to 40 years with Capex coming in high in the first 10 and dropping significantly by the 40th year, while operational costs increased over time.

The first client was projected to hit the 80:20 ratio by year 40, the second after 30 years and the remaining three within 20 years.

Bieser said the reason was that the data centres have the same availability level but different designs.

The implications of the research are:

 The 80/20 ratio remains broadly the same in every case, but is dependent upon time;

 Energy is a key cost driver in a building lifecycle, with case study examples accounting for at least 70 per cent; and

 Facilities management, divided into commercial, infrastructure, and technical, represents less than 10 per cent of a data centre's whole life cost.

From a financial perspective, FM's role can be seen as relatively minor component - "but if you take into consideration quality and operational excellence, it plays a major role," said Bieser.