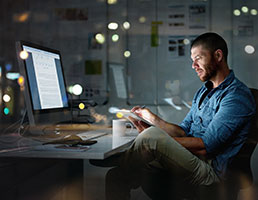 Corporate real estate and facilities management teams are now responsible for running and managing a full 33 per cent of alternative work (AW) programmes, compared with 24 per cent for HR, and 11 per cent for executive leadership.

A report by workplace consultancy Advanced Workplace Associates and research firm Global Workplace Analytics says "executive endorsement of AW programmes more than doubled between 2009 (7 per cent) to 2017 (17 per cent)".

An 'alternative workplace' is defined as the combination of non-traditional work practices and settings and locations that supplement or replace traditional offices.

A web-based survey was conducted between July 1 and August 2 last year. Participants were invited based on satisfying at least one of the following criteria: they had participated in the previous benchmarking survey; they were members of Workplace Evolutionaries [a community with International Facility Management Association]; they were suggested by members of the core team of researchers.

A total of 142 respondents completed the entire survey on behalf of their organisation in 2017.

Some participating firms included charity Action for Children and Royal Bank of Scotland.