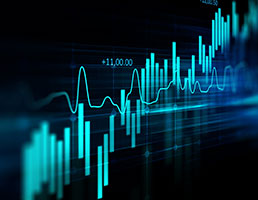 Serco Group says it expects to report revenue of £1.35 billion and underlying trading profit of £35 million to £45 million for the first half of the financial year ending 2 August.

For the comparable period, restated for IFRS15, revenue was £1.51 billion and underlying trading profit (UTP) was £34 million.

The results for the first half of this year include adverse currency impacts of about £60 million for revenue and £3-4 million for UTP.

The group has also had to absorb the costs of taking over contracts from collapsed outsourcer Carillion.

At constant currency, therefore, revenue is anticipated to have reduced by about 6 per cent, and UTP to have increased by around 20 per cent.

As expected, the revenue reduction is driven largely by contracts that ended in 2017, whereas the profit increase is driven by transformation savings.

Rupert Soames, Serco Group chief executive, said: "As foreseen in our five-year strategy, profits are now starting to grow and we expect underlying trading profit to increase by around 20 per cent at constant currency in the first half. The period has also seen a continuation of the strong order intake we saw in 2017, with contract awards expected to exceed £1.5 billion, representing over 100 per cent book-to-bill ratio; consequently we expect to show continued growth in our order book.

"Around 80 per cent of our order intake will have come from our operations outside the UK. In addition, we have progressed with value-enhancing acquisitions, completing and integrating the BTP acquisition within our US defence business to deepen our satellite and radar capabilities, and we have now transferred the first of the Carillion healthcare contracts. Notwithstanding market conditions that are less than ideal, particularly in the UK, we are responding appropriately and continuing to make progress in line with our strategy."

"Each of the remaining five contracts still require a separate transaction and novation; if all six contracts transfer to Serco, the total annual revenue would be around £70 million and the estimated underlying trading profit, including an appropriate allocation of charges for shared support services and other incremental overheads, would be approximately £4 million; together, all six contracts would add around £700 million to our order book."

A final update will be provided when all potential transfers have been completed.