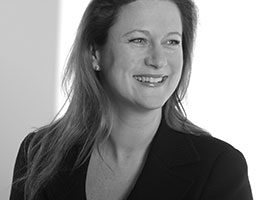 The British Council for Offices (BCO) has appointed Katrina Kostic Samen as its new president.

Samen, who takes over from Ken Shuttleworth, started her career at Wilmot Bower Architects. She then moved to Gensler, where she assisted in setting up the firm's London office in 1989.

After 19 years at Gensler, Samen founded KKS in 2004, an all-female-led interior architectural practice based in London.

She has been a BCO member since 2006, a board member for eight years, and will be the organisation's third female president.

On her appointment, Samen said: "I will work to make the BCO a more diverse organisation. 21 per cent of this year's conference delegates were female - a significant increase on previous years.

She added: "Throughout the rest of my presidential year I will look to build on this success."

London (Greater)
Up to £47,276 per annum plus excellent benefits
Reference
59097
END_OF_DOCUMENT_TOKEN_TO_BE_REPLACED