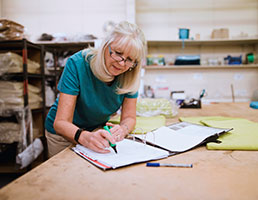 The nation is wasting the talents of more than a million people aged over 50 who are out of work but would be willing to work if the right opportunity arose or if employers offered flexible working, says the Women and Equalities Committee.

Its report, published this week, states that people in later life are "often playing many different roles in society, but those who wish to work should not face the current barriers of discrimination, bias and outdated employment practices".

Discrimination, which was made unlawful more than 10 years ago, is the root cause of this problem, says the report. It calls on the government "to be clearer that prejudice, unconscious bias and casual ageism in the workplace are all unlawful under the Equality Act 2010".

Among other points, the report recommends that recruitment agencies should "accept greater responsibility, collecting data on where older workers are being excluded and developing a plan of action to remove discrimination from the recruitment process".

It states: "Transparency is being used with some success to challenge discrimination in other areas, such as the gender pay gap, and we would like to see it extended to older workers through reporting of the age profile of workforces."

It also says the "business case for an age-diverse workforce is clear" but despite this, "employers continue to organise workplaces around an outdated, inflexible model that this inquiry, and our past inquiries into fathers in the workplace and the gender pay gap, show no longer works".

"More needs to be done to make connections between government strategies and local employer support, and between the business case and business practice," states the committee.

"There are practical changes that all employers should be making. The importance and benefits of flexible working have been brought to our attention on a number of occasions, but too many employers are not making this work in practice. It is time for a mandatory approach.

"We recommend that flexible working be the default from the time jobs are advertised onwards. Many older workers often take on a range of caring responsibilities. The government should therefore introduce a statutory entitlement to five days' paid carer's leave, and a longer period of unpaid leave, to help stop those caring for a loved one falling out of the labour market unnecessarily.

"We know that creating the conditions for an age-diverse workplace can be a challenge for employers, especially small and medium enterprises that do not have dedicated human resources departments and easy access to expert advice.

"The government's employer-led approach can help with this, and we recommend that the government work with the Business Champion for Older Workers to develop an employer-led mentoring service for businesses who want to adapt but struggle to do so in their particular context. The public sector should also take the lead in adapting to the new realities of an ageing workforce," the committee adds.