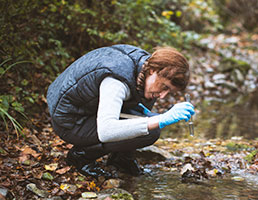 The current generation of young people entering the workforce - often called Generation Z - are more environmentally conscious than the millennials who preceded them, according to a survey commissioned by the City of London Corporation.

This generation expects employers to step up and take action to protect the environment, say the results of a questionnaire that compared the attitudes of 1,000 of the first members of Generation Z to enter the workforce (those aged 18 to 22 years old) with 1,000 of the first millennials (33-37-year-olds).

The survey, by the Square Mile's governing body, found "a considerable shift in attitudes across the generations" including:

 37 per cent of Generation Z would consider a potential employer's environmental responsibility when looking for a job, compared with 19 per cent of millennials when they applied for their first job.

 Environmental responsibility is now among the top three considerations when it comes to employers' corporate social responsibility for Generation Z and millennials alike (36 per cent), along with the gender pay gap (38 per cent) and diversity policy (30 per cent).

 Respondents with degrees were considerably more likely to rank environmental responsibility highly (41 per cent) compared with those who completed their education at GCSE level (25 per cent) or A levels (38 per cent).

 43 per cent said they would be shocked if their employer continued to use single-use plastics in the workplace.

The first businesses to sign up to the Plastic Free City pledge are the corporation itself, the Barbican Centre, and the Bank of England, along with financial services group Nomura and banking and asset management groupInvestec.

The pledge includes stopping the use of plastic straws, cups or cutlery to registering as a water refill site.

The corporation is also supporting City of London residents and workers to go plastic-free by installing 10 new drinking fountains across the financial district, in parks, retail squares and near transport hubs. The first two of these were unveiled this month in the City's new public space in Algae Square. Continuing green initiatives are running with great success in the City of London -four million coffee cups were recycled under the Square Mile Challenge launched last April.

Catherine McGuinness, policy chairman at the City of London Corporation, said: "We know there is a real desire amongst City firms to take on environmental challenges and this research shows that this will increasingly be expected by employees. From banks and law firms to coffee shops and restaurants, there is a commitment to deliver change to reduce our environmental impact.

"We want to harness this drive and motivation and not only strive to lead by example, but also to provide the tools and advice for businesses to take those necessary steps to reduce single-use plastics. We appreciate that for many this is a journey and not something that can be done immediately. That's why we've established three levels of the pledge that businesses can sign up to. Over the next 12 months, we want to work with these firms to see a clear shift away from the use of single-use plastic and towards more long-term, environmentally friendly solutions."

Businesses and individuals can take the Plastic Free City pledge at www.plasticfreecity.london