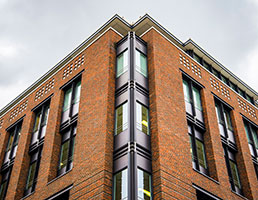 City office investment volumes reached a record high in Q2 2018, with £3.6 billion of stock traded over the course of the quarter, according to global real estate adviser CBRE.

The elevated level of activity was led by the £1 billion sale of 5 Broadgate to Hong Kong-based investor CK Asset Holdings. This is the third £1 billion-plus building to trade in the past 18 months.

After a slow start to the year with just £2.8 billion transacted in the first quarter, total central London office investment volumes rose by 85 per cent quarter-to-quarter to £5.3 billion in Q2 2018.

This represents a 67 per cent increase over the same period last year and brings the 2018 half-year total to £8.1 billion. This is broadly on a par with the £8.2 billion that was transacted in the first half of 2017.

Thirteen deals over £100 million were transacted over the course of the quarter, more than in any quarter since Q1 2016, and while there was a healthy mix of investment types and geographies, overseas investors again dominated the market.

As well as continued activity from Hong Kong, investors from Singapore and South Korea were also active, a trend that is likely to continue.

Over the past 12 months, overseas investors have accounted for 86 per cent of the market, the highest proportion for any 12-month period on record.

James Beckham, head of London investment properties at CBRE, said: "The low level of investment seen in the first quarter of this year has proved to be an aberration. International investors remain hungry for real estate in London and we have seen a diversification in the origin of this capital, albeit the majority is still coming from Asia. The Asian markets are relatively small compared to the major gateway cities around the world and so we continue to see private investors looking to diversify their wealth into a range of global markets."