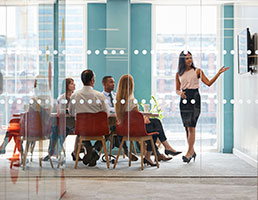 Construction, real estate and support service companies need to appoint more women with responsibility for profit and loss reporting if gender diversity targets are to be met.

'Women Count 2018', the third annual report tracking and analysing the number of women on executive committees of FTSE 350 companies by data consultancy The Pipeline, found that in the past three years there has been no progress on gender diversity in senior roles in the FTSE 350.

The report found that the percentage of women executives on main boards has flatlined at 8 per cent between 2017 and 2018. This means that 92 per cent are still held by men.

The report's authors claim that representation on executive committees, unlike representation on boards, is the best measure of gender equality in the FTSE 350 - as it measures those with power in the running of a company.

And in this regard there has been progress in the construction sector, with an increase in the percentage of FTSE 350 companies with 25 per cent or more female representation on executive committees.

The report suggests that there is a £13 billion 'gender dividend' for companies that have women in more senior roles. FTSE 350 companies with no women on their executive committee only achieve an average 8.9 per cent net profit margin, whereas those with at least 25 per cent women on executive committees see average net profit margins of 13.9 per cent.

Rt Hon Nicky Morgan MP, chair of the Treasury Select Committee, said: "This lack of progress calls into serious question the possibility of achieving the UK's target of 33 per cent by 2020 which I set in response to the Davies Report, as Minister for Women and Equalities in 2015. Businesses that don't understand the need to appoint more senior executive women are failing to meet their full potential. I ask them to read this report and wake up to reality, in their own interests and the country's interests."

Lorna Fitzsimons, co-founder of The Pipeline, said: "We are at a critical juncture for gender equality in the workplace and this report has issued a stark warning. This is an alarm bell for everyone who supports the Hampton-Alexander recommendation to government to achieve 33 per cent representation of women on FTSE 100 executive committees and their direct reports by 2020.