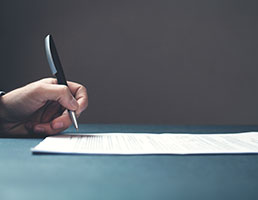 Overall, only 12 per cent of all contracts deemed suitable for VCSEs are won by VCSE organisations.

Local government, by contrast, performs better. It is responsible for 60 per cent of all the contracts won by CICs. It is also worth noting that social enterprises win more contracts in the health and social care than in other sectors.

Although only 20 per cent of social enterprises are registered CICs, according to Social Enterprise UK, this report highlights the lack of progress made in opening up public sector contracts to a wider pool of providers over recent years.

This research comes on the back of the Public Administration Committee's investigation into Carillion, which found that public service markets are dominated by a handful of big companies that are at risk of collapse. The government also had to admit last year that spending with small and medium-sized businesses (SMEs) fell from 27 per cent 2014-15 to 24 per cent in 2015-16.

In future, this piece of research in the collaboration between Social Enterprise UK and Tussell will be updated every quarter. The Tussell-Social Enterprise UK Index is to promote a fact-based understanding of the role of CICs in the public sector supply chain to measure continuing progress in the government's social value agenda.

Charlie Wigglesworth, deputy chief executive of Social Enterprise UK, said: "This research shows that the government is failing to open up public procurement to a wider pool of providers. This means that they are losing out on the benefits of working with social enterprises, which reinvest their profits back into the communities they serve leading to better outcomes.

"We must learn the lesson of Carillion, which is that public procurement is not sufficiently diversified. Social enterprises are proven to deliver at a local and national level, but government is not doing enough to build partnerships with them. The Cabinet Office needs to go back to the drawing board and work with social enterprises to change this picture before we see another Carillion-style failure."