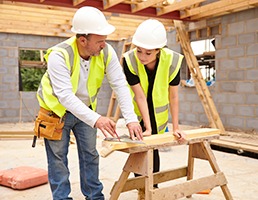 A report by engineering consultancy WSP sheds light on the potential £6bn socioeconomic contribution of science, technology, engineering, and maths (STEM) apprenticeships by quantifying the social value of getting more young people into engineering.

In collaboration with the New Economics Foundation, the consultancy used the Social Value UK SRoI methodology to measure and quantify the social value of WSP's apprenticeship programme for both the company and the broader community.

Social value, which is about recognising the importance of social, environmental and economic well-being of individuals and communities in the long run, is a key part of the company's Future-Ready programme. Since the implementation of the Social Value Act (2012), the construction industry has been required to factor in social value for all UK public service contracts.

While the challenge of delivering and measuring it had been a potential stumbling block, WSP hopes that this research will create "a galvanising benchmark for both the public sector and the construction industry, while making it easier to deliver on transformational infrastructure and equipping the next generation to succeed in the 21st century".

In this assessment, which was carried out before the apprenticeship levy was implemented, WSP identified that every £1 invested in its apprenticeship programme created £2.26 in return for stakeholders.

Jane Grant, head of learning and development at WSP, said: "If every company involved in STEM fields and looking to apprentices to bolster their skills shortage were to apply WSP's approach, our report found that the social value created could exceed £6 billion."

This figure is based on the 114,400 young people that started a STEM apprenticeship in England in 2017.

Grant added: "This research clearly demonstrates the value apprenticeships bring to a business and to the wider society."

The UK is predicted to need about 87,000 new engineers every year, as the government recognises that increasing the talent pipeline through apprenticeships is vital to deliver on the infrastructure pipeline.