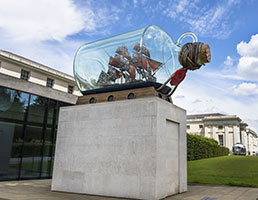 CBRE has secured a three-year contract with Royal Museums Greenwich (RMG) to provide mechanical and electrical services across its attractions and properties.

This will include the Royal Observatory, Cutty Sark, the Queen's House and National Maritime Museum, which form part of the UNESCO World Heritage Site at Maritime Greenwich.

The contract also includes archive and storage facilities at Kidbrooke, Feathers Place and the Brass Foundry at Woolwich.

The contract will see CBRE supporting RMG as it comes to the end of its New Galleries Project, a £12.6 million redevelopment of the National Maritime Museum, which will commemorate the 250th anniversary of Captain James Cook's epic Endeavour voyage.

Royal Museums Greenwich will have access to CBRE's processes, which will "help safeguard RMG's collection for future generations by maintaining the highest standards of care and conservation".