More than 8 in 10 employees admit seeing presenteeism at work 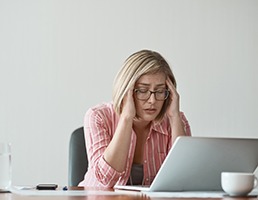 The number of lost working days due to absence has fallen to a record low number, according to recent figures by the Office for National Statistics, which shows that UK workers have taken an average number of just 4.1 sick days in 2017, compared with 7.2 days in 1993.

Earlier in the year, a CIPD survey showed that the number of people who are coming into work when they are ill - also known as 'presenteeism' - has more than tripled since 2010. Eighty-six per cent of employees admitting they had observed presenteeism in the workplace.

Research by the Centre for Mental Health shows that presenteeism among those with mental health issues alone is estimated to cost the UK economy £15.1 billion a year, compared with £8.4 billion a year for absenteeism.

Ciara Morrison, head of HR and talent at Instant Offices, said: "The phenomenon itself is not new. Nonetheless, it has recently become the subject of interest in studies. According to Dr Cary Cooper of Manchester University, who first used the term, it results from job insecurity brought on by the downsizing and restructuring in the 1990s. When employees believe they are at risk of losing their jobs, they feel an urgency to put in more hours, or at least appear to be working longer."