Companies should be investing in over-50s in the workforce 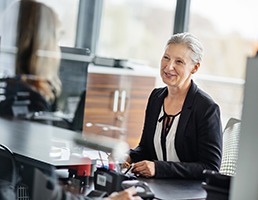 Longer working lives have become a reality for millions, yet a significant number of over-50s feel unsupported in the workplace, according to new findings from insurance firm Aviva that highlight the need for UK businesses to boost support for their older workforce.

 63 per cent of over-50s in work are planning to retire later than they thought they would 10 years ago.

 44 per cent of older workers feel unsupported by their employer when it comes to their career ambitions.

 Employees aged 50-plus are more confident than those aged 25 to 34 about keeping up with the changing workplace and having relevant skills.

 Aviva pilots Mid-Life MOT2 to help staff make positive plans for their careers and lives beyond 50.

Almost two-thirds (63 per cent) of the 10.2 million over-50s in work - equivalent to 6.4 million people - are planning to retire later than they thought they would 10 years ago.

Many of them are extending their working lives owing to the rising cost of living (40 per cent) and insufficient pension savings (38 per cent).

Despite this, more than two-fifths (44 per cent) of people aged 50-plus still in work feel unsupported by their employer when it comes to their career ambitions and objectives, compared with only 25 per cent of those aged 25 to 34.

With a third of the UK workforce set to be aged over 50 by 2024, businesses are being urged to increase their commitment to older employees and help them adapt to a longer working life.

By failing to support their staff, employers risk creating a disheartened and discouraged over-50s workforce.

The findings suggest that employers could be missing out when it comes to the skills and experience their older workforce can offer.

The study reveals that those aged 50-plus are more confident about their ability to keep up at work (41 per cent) and their relevant skill set (37 per cent) than their younger counterparts (36 per cent and 33 per cent for those aged between 25 to 34).