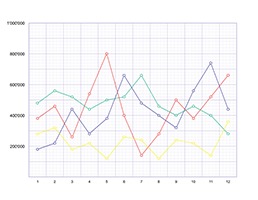 The Building Cost Information Service's five-year forecast for the facilities management sector predicts that maintenance costs will rise 19.0 per cent over the next five years, while cleaning costs will rise 26.7 per cent.

Maintenance costs, as measured by the BCIS All-in Maintenance Cost Index, rose by 4.3 per cent in the year to Q1 2018.

It is then expected to rise by between 3.2 per cent and 3.9 per cent over the next three years.

Cleaning costs rose 4.8 per cent in the year to Q1 2018, according to the BCIS Cleaning Cost Index.

The BCIS forecast is for cleaning costs to rise by around 5 per cent a year over the next five years.

The main influence on cleaning costs is labour. These costs will be influenced by the National Living Wage (NLW), which the government has indicated will increase by 25 per cent between 2015 and 2020.