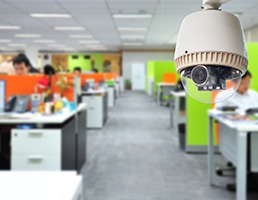 I'll be watching you: a report on workplace monitoring

More than half of workers (56 per cent) think it's likely that they're being monitored at work, according to a report from the Trades Union Congress.

The report sought to find out how widespread workplace surveillance is, the impact of surveillance on working people and how employees feel about being monitored.

The report shows that workplace monitoring is more likely to be happening to younger workers and employees in large companies.

Two-thirds of workers (66 per cent) are concerned that workplace surveillance could be used in a discriminatory way if left unregulated and 70 per cent think that surveillance is likely to become more common in the future.

The report states that trade unions should have a legal right to be consulted on and agree in advance to the use of electronic monitoring and surveillance at work and that the government should ensure employers can only monitor their staff for legitimate reasons that protect the interests of workers.

The report states: "When workplace monitoring is justified and used fairly, it can protect the health and safety of workers and improve business practices. When used badly or inappropriately, however, it becomes symptomatic of an employer's lack of trust in staff, which in turn demoralises workers and can make staff miserable. Excessive surveillance can also be intrusive and interfere with people's basic rights to privacy and dignity at work."

The most common forms of surveillance are monitoring employees' work emails, files and browsing histories (49 per cent of people think it's fairly likely or very likely to be happening in their workplace); CCTV (45 per cent) and phone logs and calls, including the recording of calls (42 per cent).

The TUC commissioned BritainThinks to carry out qualitative and quantitative research into workplace surveillance.

The qualitative stage of research involved a range of focus groups and depth interviews held across four cities: London, Birmingham, Manchester and Bristol.

The results of these groups and interviews were used to create a quantitative survey. BritainThinks then carried out a nationally representative online survey between 18th and 21st May 2018 that received 2,100 responses from members of the UK public. The results were weighted to be representative of the adult UK population.

Questions relating to an individual's specific workplace or current experiences of work were only asked to those currently in work (base size, 1,099, weighted to 1,210). The figures included in this report are based on the answers given by those in work.