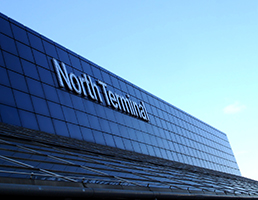 Under the pact, Spie has also been selected as principal contractor for the chiller replacement works at the airport.

This will be the first contract gained under the four-year deal, which is valued at £2m a year.

Spie won the tender for the framework agreement based on the organisation's experience as an M&E engineering-led principal contractor in the aviation sector, having previously delivered M&E infrastructure schemes at Gatwick while complying with the client's operating standards.

Chiller replacement works include the replacement and upgrade of an air-cooled chiller, associated pumps and BMS controls on the roof of Gatwick Airport's office building, known as Jubilee House.

The contract was awarded based on both Spie's commercial and technical submission and it signals the continuation of the company's long-standing relationship with Gatwick Airport.

London (Greater)
Up to £47,276 per annum plus excellent benefits
Reference
59097
END_OF_DOCUMENT_TOKEN_TO_BE_REPLACED