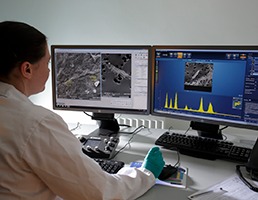 The UK's asbestos safety regulations and preventative measures remain weaker than in other countries with less of an asbestos problem, according to a report by risk management firm Lucion Services.

Its report says it is time for the UK to adopt the much tighter safety measures and controls for asbestos-containing materials (ACMs) that are already in force in other European countries.

Why the UK Needs Tighter Asbestos Controls explains how the UK's historic record in the import and use of ACMs has contributed to the country's position as having the world's worst asbestos health-related problems.

The report uses a range of published research, statistics and analysis to draw comparisons between the asbestos health and safety situation in the UK with those of other nations.

It highlights how the cumulative effects of chronic low-level exposure to asbestos that remains embedded in UK public buildings will continue to have an impact long into the future, with the younger age of first exposure and increased life expectancy of children making them particularly vulnerable to the deterioration of asbestos materials in schools.

In the circumstances, the paper concludes that the UK ought to adopt the type of rigorous workplace controls and safety measures that are in force in other European nations for the protection of workers and others from the risks related to exposure to asbestos.

In particular, the paper makes the case for amending and enhancing the current 'duty to manage' responsibility required by the Control of Asbestos Regulations (2012).

Specifically, the paper calls for the setting of an occupational exposure limit for buildings known to contain high-risk asbestos and for the measurement of airborne asbestos fibre concentrations at the time of periodic re-inspections using modern air sampling and analysis techniques.

Charles Pickles, chief technical officer at Lucion, the report's author, said: "There is now serious and growing concern over current exposure levels from asbestos that remains in situ because the materials themselves have either been damaged and or are degrading, increasing the likelihood of fibres being released into the air.

"In the circumstances, rather than inspecting building materials for damage, the measurement of airborne fibres would enable the risk to the health of occupants to be directly measured and cost-effective asbestos abatement to be carried out.

"UK health and safety law is based on the commensurate adoption of best practice as and when it becomes available. Regrettably, this has not been the case with asbestos analysis methods and the time has come for the introduction of more effective control limits to ensure that occupational exposure assessments are capable of proving that buildings are indeed safe for continued use."

Earlier this month, the Institution of Occupational Safety and Health (IOSH), stated that about 20 trades people die in the UK each week from work-related asbestos exposure - far more than those who die from accidents at work.

It also stated that asbestos-related diseases claim at least 100,000 lives around the world every year, and it is estimated that it will have caused 10 million deaths before it is fully controlled.

Why the UK Needs Tighter Asbestos Controls can be found here.