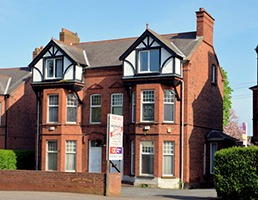 The UK Green Building Council (UKGBC) has responded to Jeremy Corbyn's Party Conference speech and widespread media coverage in which Labour has announced a number of green policies.

These include a commitment to set aside £12.8 billion for subsidies to insulate homes in Labour's first term as well as a pledge to tighten the UK's decarbonisation trajectory - reducing net carbon emissions by 60 per cent by 2030 and to zero by 2050. In his speech to the conference, the Labour leader highlighted that these green polices would create 400,000 skilled jobs.

Julie Hirigoyen, chief executive at UKGBC said: "The Labour leader highlights the opportunities for skilled job creation that the green economy presents. As we approach the 10-year anniversary of the UK Climate Change Act, it is clear that we need strong policy commitments to put the UK back at the forefront when it comes to global climate leadership.

"UKGBC has long since called for energy efficiency to be made a national infrastructure priority, to ensure that the appropriate level of investment is allocated to the retrofitting of our existing homes. These are some of the draughtiest in Europe, and the energy used for heating, lighting, cooking, hot water and appliances in homes accounts for around 30 per cent of the UK's carbon emissions. To achieve our current national carbon target of an 80 per cent reduction in emissions by 2050, we will need to improve almost all of the UK's 26 million homes with energy efficiency retrofits. That means we need to retrofit more than 1.5 homes every minute between now and 2050!

"Achieving this will require ambitious policies that combine incentives, regulation and investment with a long-term trajectory of tightening standards over time."