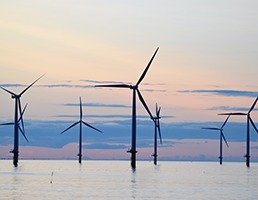 Affordable and accessible renewables have resulted in green electricity generation reaching a record level, says the Renewable Energy Association, which calls for more support from the government to guarantee growth.

Government data in the quarterly publication Energy Trends, shows that renewables' share of electricity generation reached a record high of 31.7 per cent in the second quarter of 2018.

Analysis by the REA, however, shows declining solar PV deployment amid falling government funding and support, which has led the REA to urge the government to introduce policies to make sure the cheapest renewable options such as solar continue to grow.

Analysis from the REA of solar PV deployment data saw an overall drop in installations. Throughout July and August, there was only a 21MW increase in deployment in the UK. The REA believes that this is because of government reforms and numerous negative policy changes in the past three years, resulting in a lack of a route to market.

Commenting on the review, James Court, policy and external affairs director at the REA, said: "The record renewable power generation is a significant achievement for the industry. Renewables have never been more affordable and accessible as they are now and this is reflected in the data released today.

"However, for renewables to continue to become more affordable and for the UK to grow its green jobs base, the government must continue to support the industry. Figures show that the lack of support is already having a significant impact on solar power, for example, which is currently the cheapest option for new power generation.

"Government must introduce alternative support and unlock a route to market if the UK is to benefit from cheaper, greener and smarter energy."