72% of workers want bosses to champion mental health at work 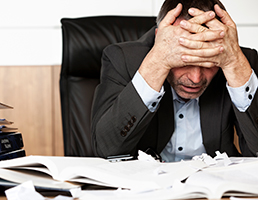 Most employees (72 per cent) want employers to champion the cause of mental health and well-being, according to a survey published today - World Mental Health Day.

The survey of office workers taken by workplace consultant Peldon Rose shows that the nearly three-quarters of workers who want their employers to champion mental health and well-being rated this as more important than equality (48 per cent), sustainability (38 per cent) and diversity (31 per cent).

All generations of workers said they prioritised mental health and well-being above all other causes - Gen Z (76 per cent), millennials (73 per cent), Gen X (75 per cent), baby boomer (56 per cent)

Companies should also be aware of Seasonal Affective Disorder (SAD), according to Peldon Rose, which found in an earlier survey that over two-fifths (44 per cent) of employees say winter has a negative effect on their mental well-being, half (51 per cent), believing it adversely affects their mood - with 30 per cent saying that winter affects their productivity.

Over a third of respondents (35 per cent) identify themselves as suffering or having suffered from SAD - a type of depression that becomes more severe in winter.

Separately, research by Deloitte suggests that up to five million people in the UK could have a mental health condition. Angela Love, a director at Active Workplace Solutions, believes mental well-being is a crucial part of working life into which companies must invest serious effort.

Commenting on general mental health awareness, Love said: "While there is no definitive guide for mental health in the workplace, supporting your employees' well-being should remain a top-level consideration. Without people there is no business, so workplaces should facilitate interpersonal connection - for example, break-out areas and dedicated collaboration spaces help to avoid feeling isolated, and voluntary work can be a powerful and satisfying activity that is dually beneficial."

Lisa Hamill, UK people director at global facilities management company Atalian Servest, also added: "With depression now thought to be the number one illness around the world according to the World Health Organisation, businesses need to provide the support their people need. Promote well-being and treat colleagues with respect and care. Consider the fact that you, or elements of 'work', could be part of the cause. After all, work is one of the main causes for stress, anxiety and depression, so make sure the right support is available."