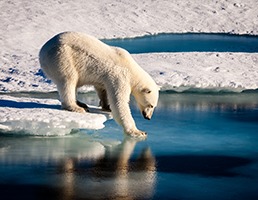 The UK Green Building Council (UKGBC) said the government's move in writing to the Committee on Climate Change "signalled its intention to raise the ambitions of climate action" and cut emissions.

Limiting global warming to 1.5°C would require "rapid, far-reaching and unprecedented changes in all aspects of society", according to a report released last week by the Intergovernmental Panel on Climate Change (IPCC).

Julie Hirigoyen, chief executive at UKGBC said the government announcement "should prove to be the starting gun on the race to net zero carbon in the UK".

Hirigoyen said: "By requesting advice on limiting temperature rises to 1.5°C, the government has signalled its intention to raise the ambitions of climate action and secure the UK's position as an international leader on cutting emissions. If the Committee on Climate Change follows the lead of last week's IPCC report, it seems likely that we could soon see a new Climate Change Act with a UK-wide target to achieve net zero emissions ahead of 2050.

"While government leadership is vital, we all have a role to play in achieving a net zero economy. This will have far-reaching impacts for businesses, organisations and local authorities that have previously set their own targets in line with a 2°C limit.

UKGBC will be leading action in the UK's property and construction industry under a new Advancing Net Zero programme launching later this week, which aims to drive the transition to a net zero carbon built environment."